Sports Tickets You Can Bank On at SportsTicketBank.com! 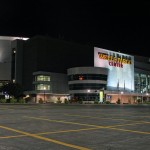 The Philadelphia Flyers are a professional ice hockey team based in Philadelphia, Pennsylvania. They are members of the Metropolitan Division of the Eastern Conference of the National Hockey League (NHL). Part of the 1967 NHL Expansion, the Flyers were the first expansion team in the post-Original Six era to win the Stanley Cup, victorious in 1973–74 and again in 1974–75.

We are your choice for NHL Hockey and all your sports tickets needs. Visit SportsTicketBank.com to find all your NHL Hockey favorite teams like the Philadelphia Flyers. Whether you want to check the Flyers schedule or decide which Wells Fargo Center - PA games to attend, we have you covered!


Flyers fans have a lot to cheer about these days with some of the new trades that are being announced. Get your Flyers tickets and the best seats in the house to enjoy the games at Wells Fargo Center - PA right here on SportsTicketBank.com.


NHL Hockey Philadelphia Flyers at Wells Fargo Center - PA tickets are almost always available right here on SportsTicketBank.com. Don't forget to sign up to our email list to get special announcements on the Flyers and other special ticketing opportunities.


We are an independent online ticket broker that specializes in obtaining premium and sold out concert tickets, sports tickets, and theater tickets to events nationwide. Ticket price is dependent on the current market price, which is usually above the face value of the ticket. We are not affiliated with any of the venues, teams, performers, or organizations whose tickets we provide. We are not affiliated with Ticketmaster or any other box office.